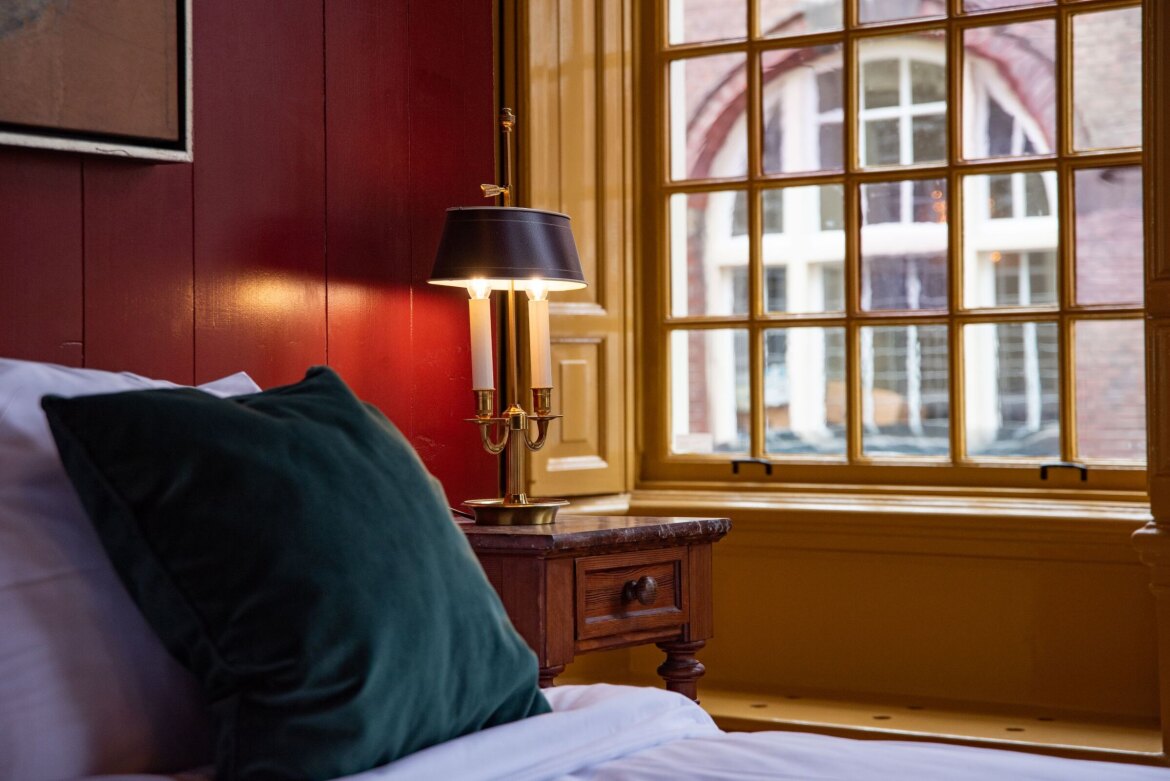 A story worth sharing

The realization of Hotel Beijers was initiated by Bert Degenaar,well known in the art world, but
also in the restoration of special monuments at the river De Vecht, including Planetarium Zuylenburgh,
Swaenenvecht and ‘De Kampioen’ in Nieuwersluis.
Bert has won various prizes for this, including De Bronzen Trowel in 2016. After years of restoration of this city palace the hotel opened in 2019.
Hotel Beijers is a small boutique hotel where hospitality literally runs through the veins of everyone on the team and they will do anything in their power to make their guests' stay unforgettable.
The rich history of Hotel Beijers is kept alive thanks to Bert Degenaar, who is the face behind the special decor.

The information below is based on:  Beijerspand: wordt de Haveloozenschool een logement? By Arjan den Boer 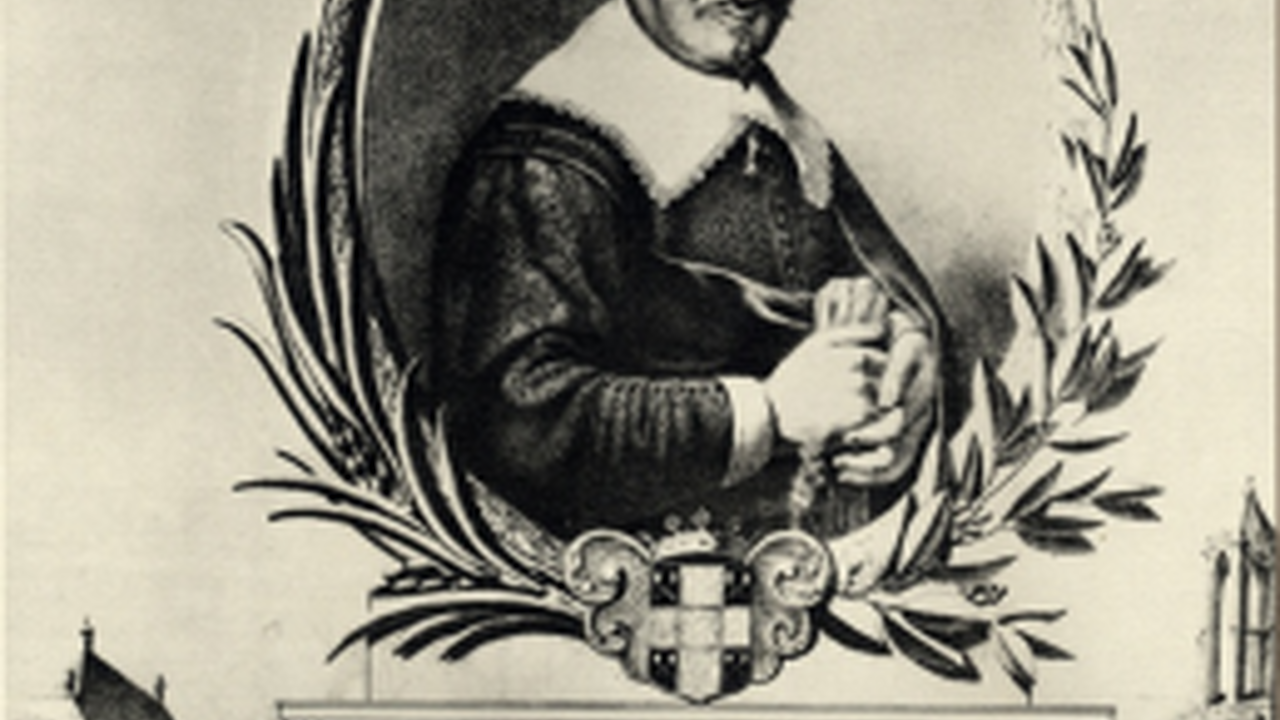 In 1642, the house Achter Sint Pieter 140, now Hotel Beijers, was transformed into Sieraet dezer Stadt (A City Jewel) or rather, a city palace, by Jacob van Asch van Wijck. Jacob was an important man, deacon of the chapter of St. Peter’s and president of the States Provincial of Utrecht. Jacob did not get to enjoy his house for very long, three years after its completion he passed away at the age of sixty. The portrait shows the southern wing of the Dom church’s transept and the Dom Tower. 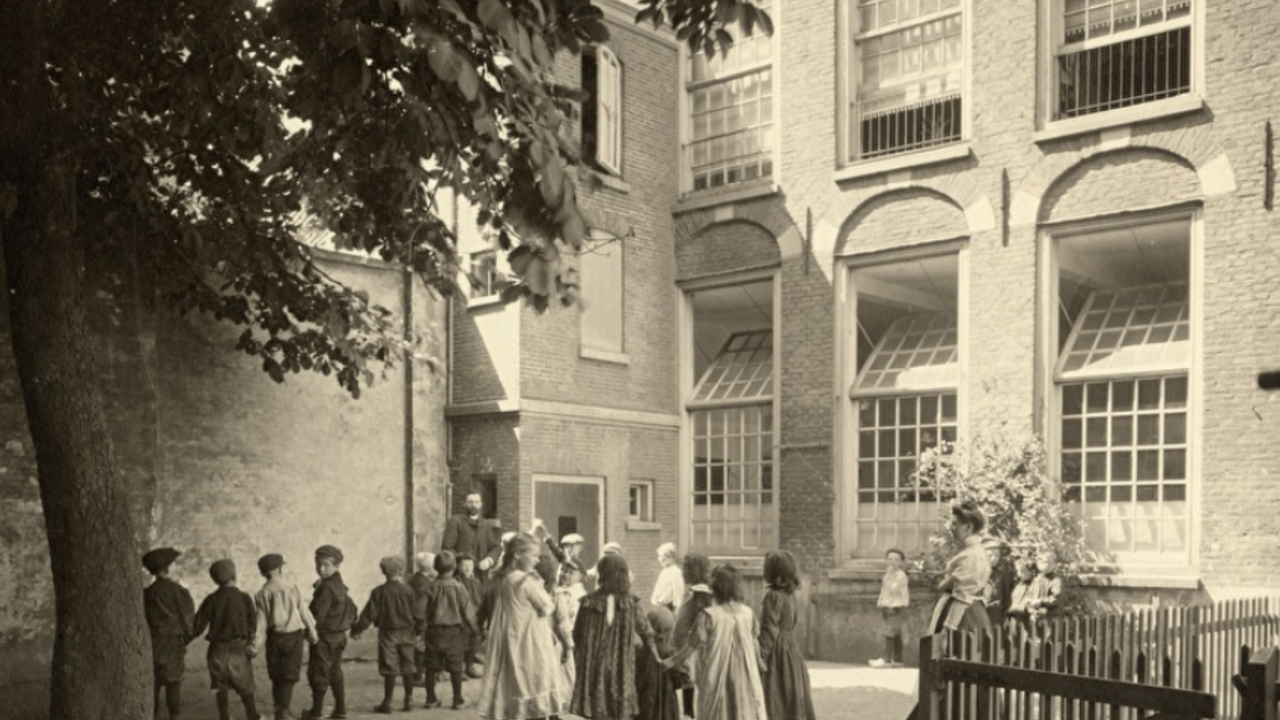 From residence to paupers’ school

Over the years, the residence changed ownership several times. In the 19th century, Arnoudina van Westrenen lived in the house, the noble-born widow of Sir Joan van der Brugghen, a member of the States Provincial. When Arnoudina passed away, the residence was given a new and unexpected purpose in 1846. Becoming a school and home for children of the poor, it was known as the Haveloozenschool (paupers’ school).

The school, which used to be located in the Keizerstraat, bought the building because their old premises had become too small for its 150 pupils. The large front room of Hotel Beijers was designated to become the classroom, and the garden its schoolyard. The school closed its doors in 1937. The old school desk on the first floor of Hotel Beijers was placed there in memory of this time. 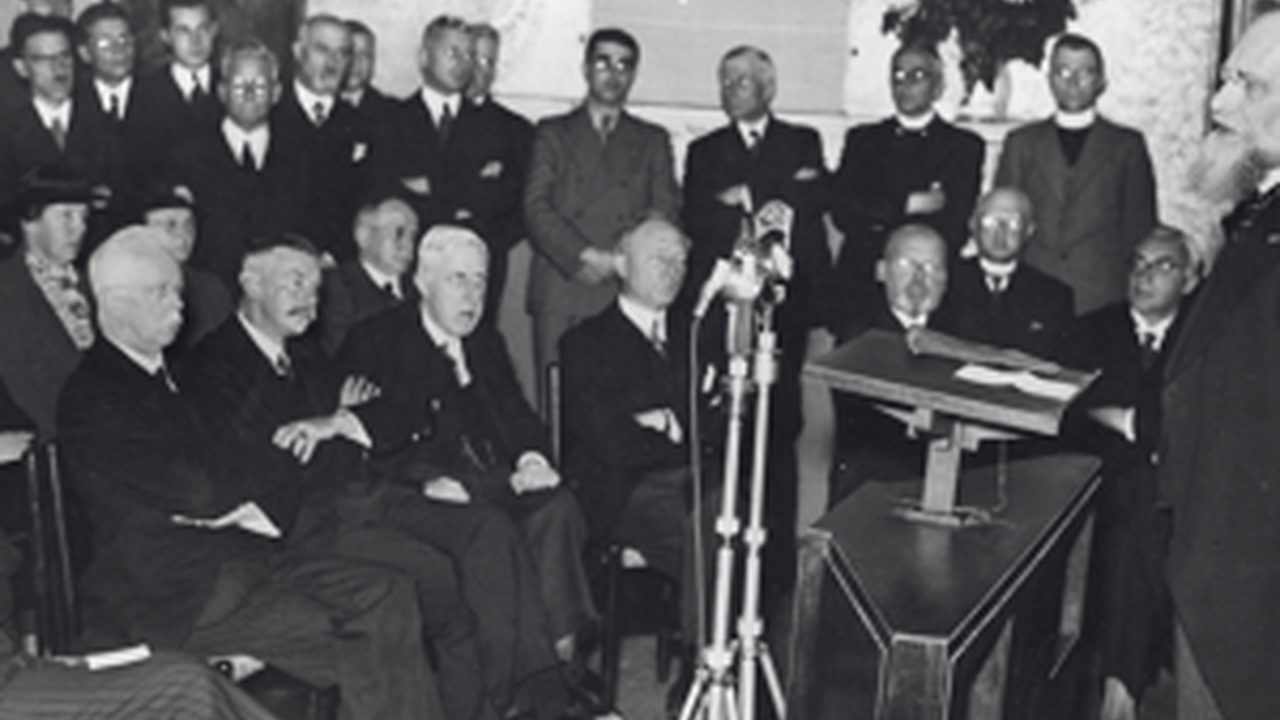 Institute for Religious and Ecclesiastical Art 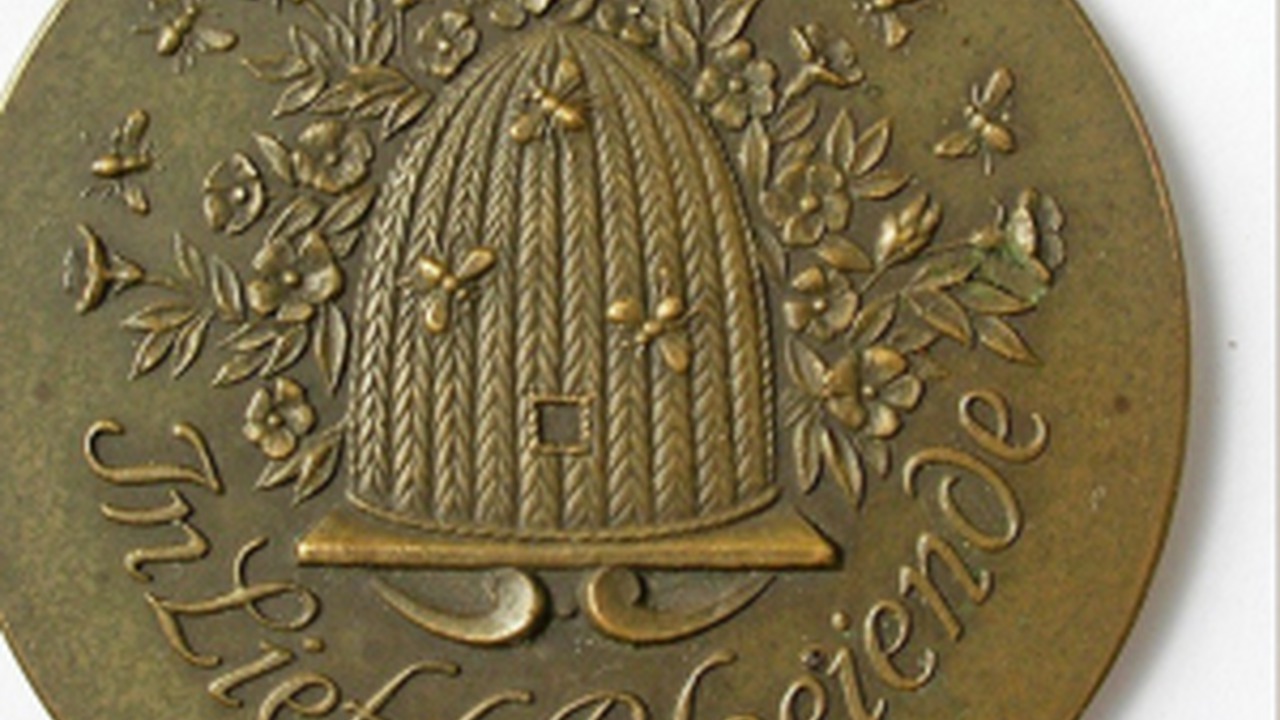 In 1965, Bookshop and antique store J.L. Beijers took occupancy of the building. That same year the store celebrated its 100th anniversary, which had previously been based in other locations around Utrecht: the Hoogt, the Neude and the Wed.

To celebrate its centenary, they commissioned a coin depicting a beehive with bees swarming around it with the inscription ‘In liefde bloeiende’ (Blooming in love), and in small letters below ‘Geslagen in 100 exemplaren’ (100 copies minted). 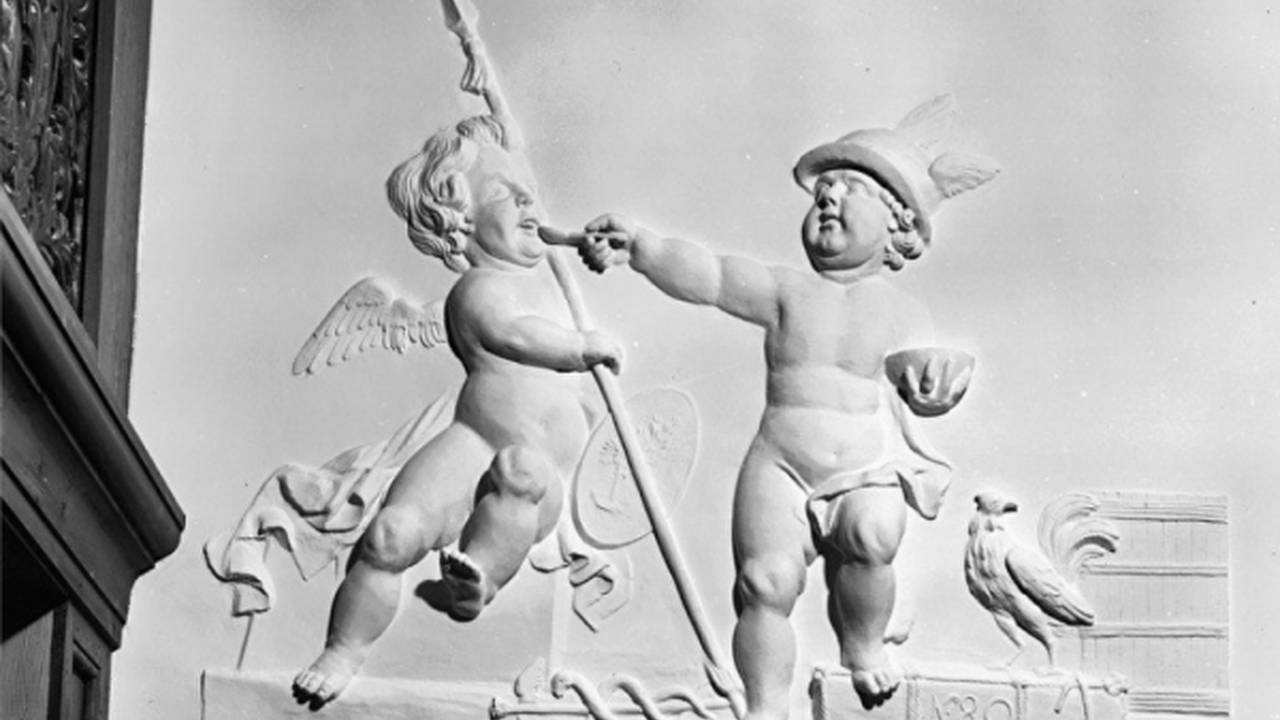 Several years later the Beijers Building was partially restored by the architect Th. Haakma Wagenaar. Original carved timber panels were discovered in a cupboard that were part of a late 17th-century staircase, these were used to bring the beautiful staircase in the hall back to life. You can still admire these stairs today in Hotel Beijers.

They also placed a stucco relief in the hall that came from a building located at the Oudegracht 73, which is now the Rembrandt Theatre. The relief show Mercury feeding Minerva, symbolising how trade stimulates science.

In 1947, Hans Ludwig Gumbert became the director of Beijers. His extraordinary catalogues and auctions of famous private book collections brought Beijers international renown. Gumbert passed away in 1994, and in 2000 the company ceased trading as an antique store and carried on with just the auctions. Beijers was taken over by Venduhuis Utrecht in 2007, and it moved to Achter Sint Pieter 190. The auction house closed in 2015, bringing an end to Beijers after 150 years of trading. 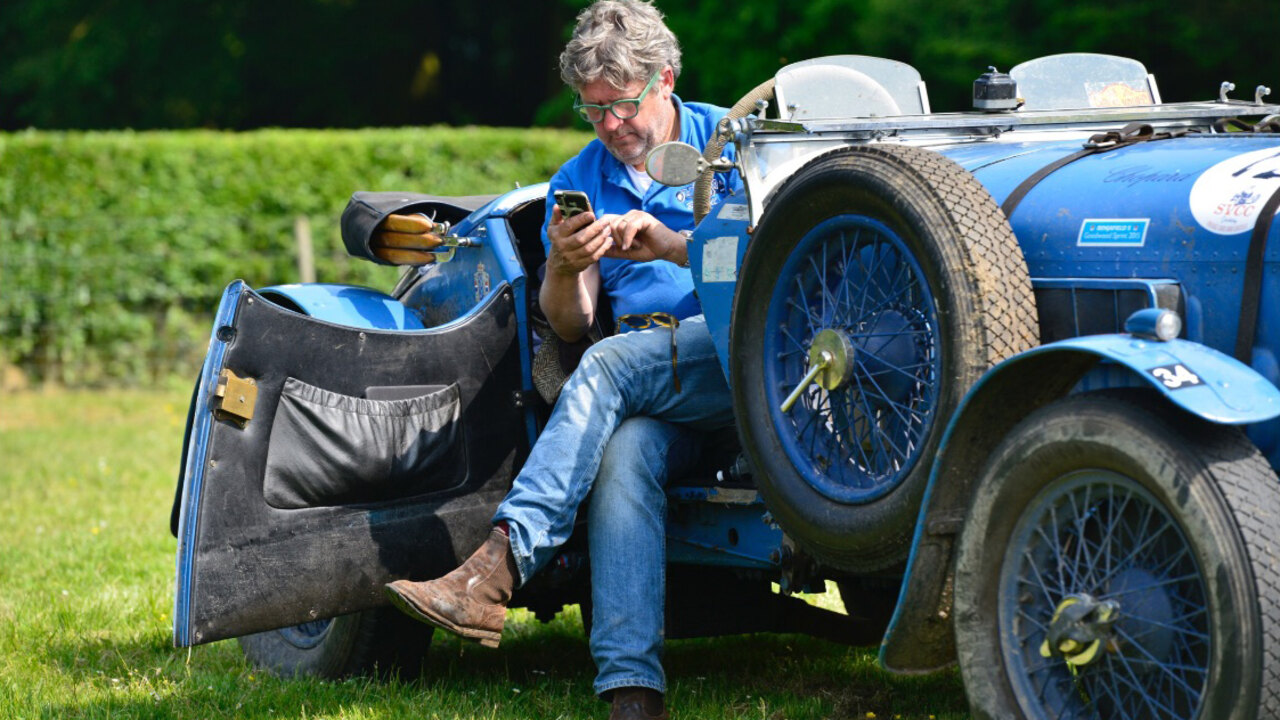 In 2008, art collector and lover of monuments Bert Degenaar bought the Beijers Building. He renovated the building and rented it out as an office building. In 2013, he developed a plan to turn it into an accommodation. It was renovated and restored under Bert’s watchful eye, he ensured that the building’s soul and history were preserved during its transformation from the Beijers Building into Hotel Beijers.

Many Dutch people have heard of Bert Degenaar because he takes part in a Dutch TV show called Van Onschatbare Waarde (‘Invaluable Treasures’) on the TV station Omroep Max. The show, which is partially filmed at Hotel Beijers, offers people the opportunity to sell unusual or rare objects to a panel of art experts, and Bert is one them.

Bert is the one who ensures that our guests can spend their stay in style in in a beautiful heritage monument. Each room at Hotel Beijers tells its own story, no two rooms are alike and around every corner you will find unique antiques and paintings that will transport you back in time.